Crypto payments banned in Turkey — Is this just the beginning? 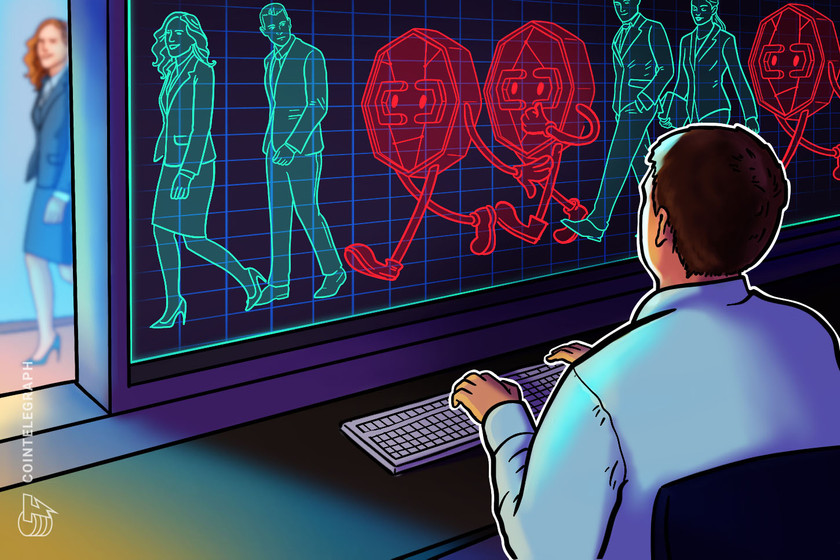 Buying anything with bitcoin (BTC) will soon become illegal in Turkey, and the issue of crypto payments has become the subject of political debate after the Central Bank of the Republic of Turkey on 16. April announced that the use of cryptocurrencies as a means of payment would be banned. The verdict, pronounced on 30. April takes effect also prohibits digital wallet providers from being used as conduits for cryptocurrency wallets.

The first is to use cryptography to pay for everything. The second is specifically intended for payment service providers and e-money companies. It prohibits trading, storing, transferring and exporting crypto assets on these platforms, as well as transferring money.

The negative tone of the announcement has damaged Turkey’s international reputation and credibility, Usta added: The good thing about this announcement is that crypto assets are being defined in a legal framework for the first time. Crypto assets are now considered intangible assets created virtually by a distributed ledger or similar technology and distributed over digital networks, not money.

Even the positive side of regulation, he says, is not true: In disputes over the use of crypto assets in international trade, the claim that it is not a means of payment may lead to subsequent problems.

Erkan Oz, an experienced financial journalist, compared the Turkish central bank’s decision to Russia’s legislation on cryptocurrencies, explaining that cryptocurrencies are only banned as a means of payment and trading in them remains legal :

Ankara wants investors to send/receive local currency to/from crypto exchanges only through banks. In this way, the government curbs possible unrecorded transactions in order to combat the underground economy and the financing of illegal activities such as terrorism.

Crypto currencies are not money

According to Ismail Haqqi Polat, a cryptocurrency lecturer, this is a way for the central bank to warn people that cryptocurrencies are not a monetary value, no matter how often they are called Kripto Para (cryptocurrency in Turkish) – meaning they cannot be used as a means of payment. On Twitter, he noted that the new regulations limit innovation at banks and put a brake on the development of cryptopay startups in the country, such as DigiliraPay.

DigiliraPay is one of the local businesses directly affected by the new regulations. The business model includes a know-your-customer process and uses blockchain to allow you to spend cryptocurrencies on your daily purchases. Unfortunately, we have to close our shop on the 30th. Serkan Bayar, CEO of DigiliraPay, told Cointelegraph Turkey that the decision would take effect in April: At a time when world-renowned companies like Mastercard, Tesla, PayPal and Starbucks have begun to receive cryptocurrency payments, we are deeply saddened that these services will not be present in our country.

Bayar explained that in DigiliraPay’s ecosystem, it is impossible to evade taxes because all transactions are recorded on a blockchain that is completely open to any kind of control. The new central bank regulation does not meet the needs of the market, but only slows down the use of cryptocurrencies in our country.

Although crypto payments will cease to exist, the DigiliraPay team is trying to improve its business model and find alternative solutions to cope with the regulations. added Bayar: We hope that these regulations will be lifted in the not too distant future, so that we do not miss opportunities such as blockchain technology and the daily use of cryptocurrencies, where Turkey urgently needs to catch up.

As for the fintech banks Polat mentioned, they were hardly affected by the new administration. Semih Muşabak, CEO of Sipay, a fintech company licensed by the central bank, told Cointelegraph Turkey that we need to update our planned advances accordingly. However, as a result of the legislation, he clarified that: We do not believe that regulation will prevent end users from accessing cryptocurrency-related services. People will continue to use banks and other means to use cryptographic services.

The second part of the ban essentially means that users cannot use local alternatives to PayPal (PayPal has been banned in Turkey since 2016) to deposit money to or withdraw money from cryptocurrency exchanges. Papara, a popular provider of digital wallets – which was the only way to fund an account on Binance when the exchange first entered the Turkish market – was the highlight of the conversation on Twitter following the central bank’s announcement.

In the past five years, more than a million users have used the Papara wallet to invest money in cryptocurrency exchanges, said Ahmed Farooq Karsli, CEO of Papara. He also told Cointelegraph Turkey:

If the goal here was to prevent attackers from gaining access to their cryptographic assets, I can tell you this is a bad decision. That’s because the measures we use to filter payments to cryptocurrency platforms are more stringent than those of many banks. To date, millions of transactions have been carried out and not a single case of fraud has been detected.

Digital wallets are only one side of the equation between currencies and cryptocurrencies, the other being exchanges for cryptocurrencies. Yasin Oral, CEO of Turkey’s leading stock exchange, Paribu, says it is too early for a positive or negative perception. The regulation applies to payment service providers and e-money companies and not to the crypto assets themselves. He also added that the legislation doesn’t really change much for cryptocurrencies.

Alexander Dreyfus, CEO of Chiliz and social sports platform Socios, said transactions via digital wallets such as Papara account for less than 1% of total volume, so the new regulation is not expected to have much impact on the platform’s operations. He told Cointelegraph Turkey: All rules and guidelines are welcome. They sometimes bring their own challenges, but there is also a clear path and set of rules to follow.

We also believe that payments are not all that crypto means and can be used to create engagement and innovative solutions, Dreyfus added, further explaining that the case of the Chiliz (CHZ) token is different and therefore its business model is not affected by the impending ban.

But what about crypto-currency exchanges that have plans to secure crypto-currency payments? On the day of the central bank’s announcement, the legal department of Bitci, the Turkish cryptocurrency exchange, was busy. Just 24 hours earlier, Bitci announced that Bitcicoin (BITCI), the exchange’s native token, can be used to purchase various luxury cars, including McLaren, Cadillac, Bugatti, Tesla and Rolls-Royce through a partnership with Royal Motors.

Onur Altan Tan, CEO of Bitci, pointed out in an interview with Turkey’s Cointelegraph that more clarity is needed at this stage to understand whether the regulation actually bans the use of crypto in payments :

There are different opinions. Payments are limited to assets that qualify as funds under 6493, and crypto is not defined as a fund in 6493. The Central Bank should clarify the basis for implementation.

Our business model is based on traders and institutions receiving Turkish liras immediately in their accounts, while users make payments through the cryptocurrency, Tan explained, adding that: We develop all of our technologies in a way that preserves our existing system, while remaining legal on issues such as billing and taxation.

In fact, the central bank’s announcement was also a preparation for a tax bill for cryptocurrencies, according to Oz, because taxing investors through banks would be much easier. I hope that the tax rates will not be so high and that Turkish implementation will come closer to US and European standards in the coming years, he added. Usta also believes the announcement is a first step towards taxes on cryptocurrencies, adding:

We know that tax regulation is inevitable, we just do not know what it looks like or how it works. The ban on the participation of payment and electronic money institutions could be interpreted as a precursor to withholding tax through banking channels, but this is only a prediction.

The central bank’s decision may also be a temporary first step in the field of cryptocurrencies, which will only be updated once broader regulations take effect, Oral explained, adding that the central bank is simply making the following observation: My area of responsibility includes payment service providers and electronic money companies. That way I draw the lines in advance so they can be adjusted in the future if needed.

Çagla Gül Şenkardes, a founding member of Istanbul Blockchain Women and founder of consulting firm Durugoru, also questioned the sustainability of the regulation: This may hinder the role of developers of distributed ledger technology in our country.

She added that to Cointelegraph Turkey: As clients, we have had many international companies looking to invest in Turkey, and they will certainly reconsider their plans following the central bank’s regulation.

What would be a positive arrangement?

For Usta, the answer is very simple: We need to pave the way for innovation. It is clear that rules with negative verbs hinder innovation and damage Turkey’s international reputation.

Steps are being taken around the world to integrate cryptographic tools into traditional systems, Usta said. We could be an example and a leader, not only for the country itself, but also for the region and the world. We haven’t missed that chance yet. He added:

It is not at all difficult to take measures that will not only protect our people, but also set an example for the world, by consulting experts, companies and entrepreneurs who are part of the ecosystem, both in Turkey and internationally.

Instead of a total ban, there should be an active discussion with industry stakeholders to find solutions that pave the way for the industry’s growth, Carsley suggested: Unfortunately, these bans will only encourage users to resort to P2P platforms, which will lead to an increase in the underground economy. I hope that Turkey will act quickly against these risks and review the rules.

Are cryptocurrencies legal in Turkey?

In which countries are crypto-currencies banned?

The class of the country…

Is bitcoin mining legal in Turkey?

What time does crypto market reset

Is There a ‘Best’ Time to Trade Crypto?